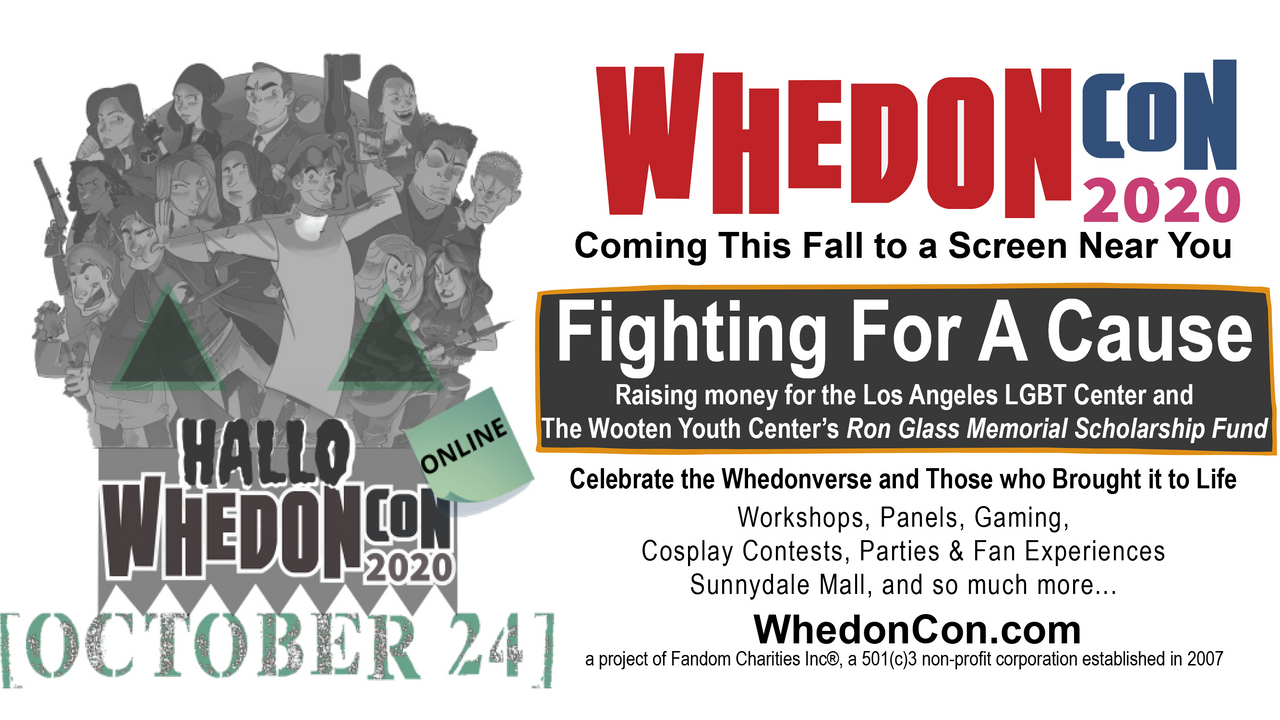 An affordable online fan event raising funds for the Los Angeles LGBT Center and the Al Wooten Jr. Youth Center. A full day of frights, fandom, and fun is coming to a screen near YOU! Gather with fans from all around the world to celebrate the talented casts and crews of your favorite shows with a day of virtual panels, Q & A's, cosplay contests, trivia, games, and even private meet-and-greets!