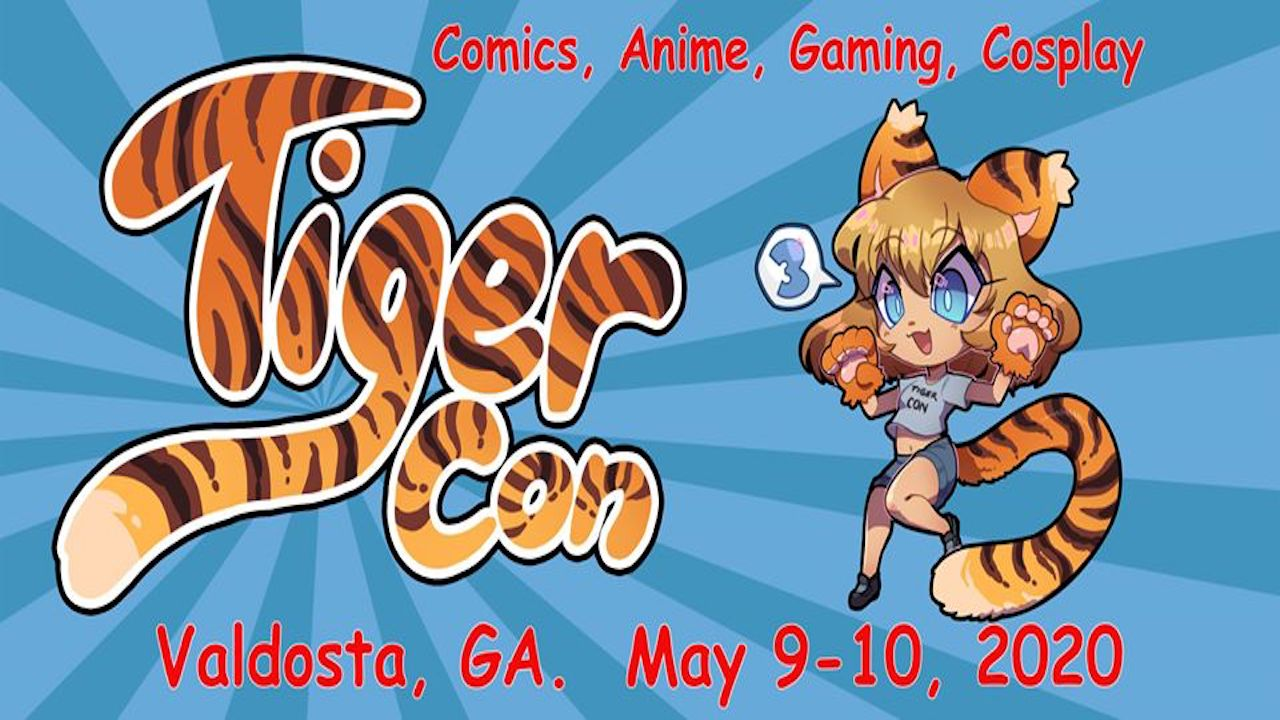 Tiger Con is an anime, gaming, cosplay and comic convention which will be held in Valdosta, Georgia on the weekend of July 24-25, 2021. This is our third year hosting the convention. Although we have partnered with the Anime & Manga Club @ VSU, we trace our origins to the Moody Comics and Anime Club on Moody Air Force Base. Moody AFB is the home of the Flying Tigers, and while our convention is not officially connected with the Air Force, we have selected the name Tiger Con to reflect our origins as a base club. Along those same lines, our mascot Tora was designed to evoke the idea of a flying tiger. She has tiger ears, paws and tail, along with a pair of tiger colored wings. She wears a tiger striped dress in the colors of the Air Force’s camouflage uniform. For our second year we had approximately 550 attendees! Up 150 from last year! For that reason, we have moved to the Rainwater Convention Center! It’s a much larger venue and we can fit more programming, shopping, and best of all, it’s all indoors! This convention is always very friendly to military and first responders, who receive a significant discount on ticket prices. Keep checking back for updates. We will pass on next year’s guest announcements, scheduling, and other important info as soon as we can.