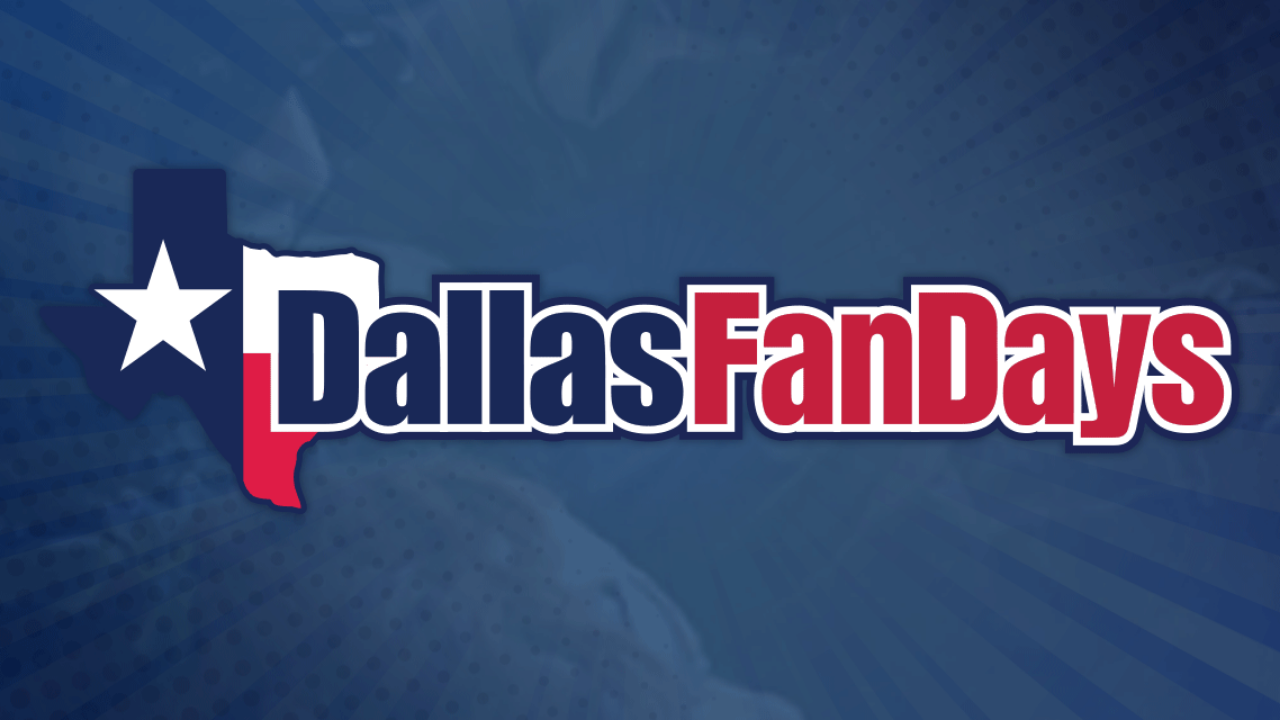 Alex Saviuk started his professional career at DC Comics in 1977 after studying sequential art with WILL EISNER at The School of Visual Arts in NYC. Within a few short months, he became the regular artist on GREEN LANTERN and THE FLASH. He also drew SUPERMAN, HAWKMAN, AQUAMAN, The ATOM, and AIR WAVE, among others. In 1986, Alex moved over to MARVEL COMICS filling in on IRON MAN 211 and various covers before eventually becoming the penciler on DEFENDERS OF THE EARTH featuring The PHANTOM, FLASH GORDON, and MANDRAKE. Then, after successfully filling in on AMAZING SPIDER-MAN for 3 issues, he started a 7 year run on WEB OF SPIDER-MAN followed by over 2 more years on SPIDER-MAN ADVENTURES. In 1997-98 Alex penciled the last 12 issues of THE X-FILES for TOPPS Comics (#30-41). In 2003, he joined the ranks of a Swedish and an Australian publisher chronicling the adventures of Lee Falk's THE PHANTOM. In 2004, he also assisted his mentor WILL EISNER( legendary creator of THE SPIRIT ) on THE SPIRIT MEETS THE ESCAPIST published by DARK HORSE which unfortunately was Will Eisner’s last completed work before his passing in January 2005. Alex also worked on the graphic novel FEAST of the SEVEN FISHES glowingly reviewed by STAN LEE; it was nominated for an EISNER AWARD in 2006, and that same year The Spider-Man newspaper strip also received a HARVEY nomination. In 2012, Alex worked with STAN LEE on a mainstream superhero book called STAN LEE and THE MIGHTY SEVEN published by ARCHIE COMICS. Besides comics, also does storyboards and conceptual art for advertising agencies and the occasional feature film (NEVER BACK DOWN, THE REAPING, HOOT, and LONELY HEARTS). Currently, (and since 1997) besides drawing THE PHANTOM, Alex penciled the SPIDER-MAN Sunday newspaper and inks the Dailies both written by STAN LEE.

Anson Mount is an American actor. He is known for his television roles as fictional character Cullen Bohannon in the AMC western drama series Hell on Wheels, Jim Steele on NBC series Conviction, the Marvel Comics superhero Black Bolt in Marvel's Inhumans, and Captain Christopher Pike in season 2 of Star Trek: Discovery.

Anthony Daniels is an English actor and mime artist. He is best known for playing C-3PO in the Star Wars film series. He is the only actor to have appeared in all of the major films in the series, as well as its many spin-offs (TV shows, video games, etc.). Daniels was the voice of Legolas in the Ralph Bakshi animated adaptation of The Lord of the Rings (1978). He has appeared intermittently on British television in various dramas, including playing a pathologist in Prime Suspect starring Helen Mirren. Daniels is currently an adjunct professor at Carnegie Mellon University’s Entertainment Technology Center.

Ashley Witter is an independent illustrator living in the Northwest suburbs of Chicagoland. She graduated from Madison Area Technical College with a degree in Animation (aka videogame design). Currently, she works on her personal comic series Squarriors, and Scorch and produces outstanding covers for Marvel Comics, Archie, DC, Titan, Udon, Dynamite Entertainment and other publishers.

No female competitor ever dominated her division as convincingly as Beth Phoenix. While watching WWE with her grandmother on weekend mornings as a young girl, Phoenix knew her calling was to crush the competition in pursuit of in-ring glory. By high school, she was already blazing trails, becoming the first female on her school’s varsity wrestling team. After graduating from college with a degree in criminal justice in hand, Phoenix pursued WWE, hoping to bring her own brand of justice to the women’s division. Early on, she laid down the law in WWE, but following some encouraging early wins, her momentum unexpectedly stalled when her jaw was artfully rearranged during a match against Victoria. A year later, with her mandible fully repaired, Phoenix picked up right where she left off … dominating the field, but now as the self-appointed “Glamazon.” Her romantic pairing with Santino Marella notwithstanding, Phoenix never failed to draw gasps from the WWE Universe when she entered the ring. Who can forget 2008’s Judgment Day, when she lifted Melina and then-Women’s Champion Mickie James over her shoulder — at the same time. Or her surprise Royal Rumble entrance in 2010 where she tossed The Great Khali over the ropes. Or 2011’s Survivor Series when she Glam Slammed Eve from the top rope. On the Oct. 29 edition of Raw, Vickie Guerrero shockingly fired The Glamazon after a disappointing performance against AJ. In the end it was only a corporate superior that could put a stop to the mighty Phoenix, but Beth was able to achieve accomplishments that few others had. Because of those incredible accomplishments, The Glamazon was awarded sports-entertainment's highest honor: induction into the WWE Hall of Fame. Beth has returned to WWE since then, notably serving as a commentator on NXT, and even stepping back into the ring to challenge for the WWE Women's Tag Team Titles alongside her best friend, Natalya, at WrestleMania 35.

Casey Cott is an American actor, known for his role as Kevin Keller, the first openly gay character in the Archie universe, on The CW series Riverdale.

Edward James Olmos is an American actor, director, producer, and activist. He is best known for his roles as Lieutenant Martin "Marty" Castillo in Miami Vice (1984–1989), William Adama in the re-imagined Battlestar Galactica (2004–2009), teacher Jaime Escalante in Stand and Deliver (1988), and Detective Gaff in Blade Runner (1982), and its sequel Blade Runner 2049 (2017). In 2018, he played the father of two biker gang members in the FX series Mayans MC.

Ethan Peck is an American actor. He played Spock in the second season of Star Trek: Discovery. He is the grandson of a Hollywood legend, Gregory Peck. More recently he accepted the role of Herman Ackermann on the series Penny Dreadful: City Of Angels.

Joe Eisma is the artist and co-creator of the NY Times Bestselling and multiple Eisner Award Nominated series, Morning Glories, from Image Comics. He has also illustrated Archie, Riverdale, The Archies and Jughead: The Hunger vs. Vamperonica from Archie Comics, The Flash from DC Comics, Faith from Valiant Comics, Big Trouble in Little China, Evil Empire & Higher Earth from Boom! Studios, as well as a short in the Vertigo SFX: Slam! Anthology.

Johnny Desjardins (Johnny D) is an up and coming comic book artist for Dynamite Entertainment. He started by working for David Finch doing backgrounds on Marvel Comic’s: Ultimatum series. From there he started working exclusively for Dynamite with his first book Red Sonja #50. Several covers later for books such as Robocop, Kato and The Green Hornet: Blood Ties series premiered which really gave him a chance to evolve as an artist and begin to build his career.

Kerry Gammill is an American artist who has worked in the fields of comic books, special effects, storyboards, and character designs. As a comic book artist, he is best known for his work on Power Man and Iron Fist for Marvel Comics and Superman for DC Comics.

Lawrence entered the Industrial Design program at the Center for Creative Studies: College of Art and Design in Detroit Michigan in the fall of 1989. He later transferred into the Graphic Communication program and eventually majored in Art direction. He recalls that “even in art school, I stood out as the art director who knew how to draw”. Upon graduating in 1994, Lawrence began his career as an Art director working on numerous national accounts doing print and television work. In 2008, he was invited to work on a trading card set for Iron Man 2. Since then, Lawrence has turned out work for numerous pop culture brands including: Star Wars, Marvel and DC Comics–where he illustrated covers for “The Vampire Diaries” and "Sensation Comics featuring Wonder Woman". Lawrence resides in Dallas, Texas.